Organized by 52 skilled craftsmen in 1898, Pipe Fitters L.U. 120 has been instrumental in the growth and success of Cleveland and Northeast Ohio for over the past 100 years.  We have played a significant role in the commerce and industry of the region and we continue to maintain that strong presence as the region’s industrial and commercial landscapes evolve.  From the steel mills of the Cuyahoga Valley to the power houses of Eastlake, Avon, Ashtabula and the Perry Nuclear Power Plant; from Alcoa to the Ford and GM manufacturing plants; from the Rock and Roll Hall of Fame and Museum to the Cleveland Museum of Art; from the icons of the Cleveland skyline to the homes of the Cleveland Indians, Browns and Cavaliers; from NASA Glenn Research Center to the Cleveland Clinic and University Hospital health systems; from the manufacturers of the paint in your house to the grocery stores where you buy your food--Pipe Fitters Local Union 120 has made and continues to make an impact, contributing our skills, knowledge and expertise in the piping industry to build a better Northeast Ohio.

In the late 1950’s the members of 120 saw the need and responsibility of setting up both the Health and Welfare Insurance Fund and the Local Union Pension Fund to take care of the health care and retirement needs of its members.  In 1973, the Local instituted the Supplemental Unemployment Fund to assist brother and sister members while out of work.  And in 1975, the membership of Local 120 decided to join the National Pension Plan as an additional source of income during retirement.  To that, the membership added one more fund, the Annuity Fund in 1984, to supplement the pension plans.

The 1990’s continued Cleveland’s rejuvenation with projects including what is now Progressive Field (home of the Indians), Quicken Loans Arena (home of the Cavs), the Rock and Roll Hall of Fame and Museum and the Great Lakes Science Center, and later the new home of the Cleveland Browns.  The 2000’s have seen great expansions by two world class health facilities both based in Cleveland--the Cleveland Clinic and University Hospitals.  After periods of inactivity, Cleveland’s steel mills are active again.  Downtown Cleveland is under construction with multiple major projects including a new convention center and medical mart, a new casino, a new Museum of Modern and Contemporary Art, major expansions of the world class Cleveland Museum of Art, and more--a group of projects exceeding 7 billion dollars.  All of these expansions and improvements to our great town carry the stamp of Local 120.

As can be seen, the projects and development of Local 120 over the past century has been ever changing.  Industries and businesses, both local and global, have come and gone; new technologies and materials have been introduced, others have become obsolete.  No one is certain exactly what the next decades will bring to Northeast Ohio.  However, Local 120 has always adapted to these changes, met the challenges faced, and excelled--both out in the workforce and internally as a union of brothers and sisters.  We will continue to do so for the next 100 years.

For over one hundred years, Pipe Fitters Local Union 120 has played a key role in building a stronger Northeast Ohio through our exceptional contributions in the piping industry.  Steadfast dedication to high quality craftsmanship,  ensuring economic justice and dignity in the workplace, and strong commitment to our members, their families, our union brothers and sisters, and the greater Cleveland communities in which we live and work--these characteristics have defined the work of Pipe Fitters Local Union 120 over the past one hundred years. 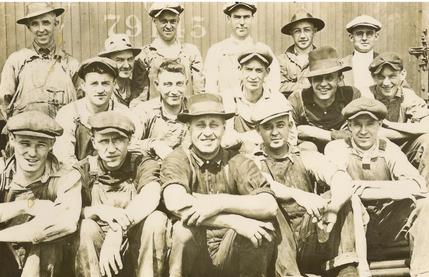 During the 1930‘s, 40‘s and 50‘s, a number of locals merged with Local 120, expanding 120 in size and scope.  In May, 1937, the Refrigeration Maintenance & Service Fitters chartered, and merged with Local 120 in March of 1945.  On June 4th of the same year, the local was renamed the Pipe Fitters and Apprentices Local 120.  This coincided with the inception of the Local 120 apprenticeship program, which has been working ever since to pass on the knowledge and skills of our industry from journey men and women to the next generations of pipe fitters.  In 1947, the Marine Pipe Fitters and Helpers Local 655 (chartered in 1941) joined Local 120.  And in August, 1952, Sprinkler Fitters Local 604 merged with Local 120.  Established in 1919, the Sprinkler Fitters were ahead of their time, installing a fire protection system in the Higbee Building in 1929--some 50 years prior to such systems being mandated by laws that Pipe Fitters Local 120 fought to get passed. 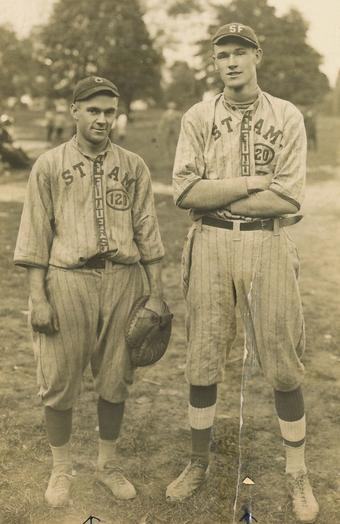 By the 1970’s, Local 120’s membership reached 1800.  Difficult economic times returned to Cleveland and the country.  But in the late 1970’s the Perry Nuclear Power Plant was constructed, demanding the highly skilled mechanics that 120 could provide.  While still economically slow, the 1980’s and early 90’s added both, what are now the Huntington Bank Building (originally the Sohio building, 1985) and Key Tower (originally the Society Center, 1991) to the Cleveland skyline.  1983 brought the opening of the Local 120‘s Neil T. Walsh Training Center, which houses the training school for apprentices and trainees, the welding school, and the classrooms where all members can take courses to further their knowledge and skills in the pipe trades. In looking to better the lives of our members’ children, members of 120 enacted the Scholarship Fund, which helps defray the high costs of higher education for those children.  These changes demonstrate the commitment Local 120 has for bettering the lives of its members and their loved ones--which Local 120 sees as a major goal and responsibility of being Union brothers and sisters.

The work of Pipe Fitters L.U. 120 extends far beyond the confines of the buildings we erect.  A major goal and focus of Local 120 is to continue the work of creating and securing a dignified, safe, and economically just workplace--certainly for all of our members, but also for all working people.  We do this in partnership with the AFL-CIO and the Cleveland Building and Construction Trades Council, with whom we affiliate ourselves, as well as through our Local’s independent efforts and relationships with organizations and individuals in the communities in which we work and live. As union brothers and sisters, we have taken upon ourselves the responsibility of caring for one another, as well as each others’ families, both in our working years and in retirement.  Over the years we have assessed ourselves and created funds that provide union members and our immediate families with excellent health coverage, a supplemental unemployment benefit to aid in tough times, a scholarship fund to assist members’ children attend college, and a pension and annuity fund to enable our retirees    to enjoy life after a noble career in the pipe industry.  Hard work of exceptional quality, dignity and justice for all in the workplace, and a decent quality of life: these are the values Pipe Fitters Local Union 120 espouses.  This is what we desire to pass on to the generations that follow.

Boasting a heritage that stretches back over 100 years and a current membership nearing 1700, Pipe Fitters Local Union 120 is an organization of skilled tradesmen and women who work to build a stronger Cleveland, a better Northeast Ohio.

Pipe Fitters Local Union 120 is comprised of Pipe Fitters, Sprinkler Fitters, and HVAC Service Technicians, journey workers and apprentices.  We install and maintain a diverse array of piping systems, from steam systems to heating and cooling hydronic systems; refrigeration piping to power process piping.  We pride ourselves on the exemplary quality of our work and on our knowledge and expertise of the piping industry, which is second to none in our field. 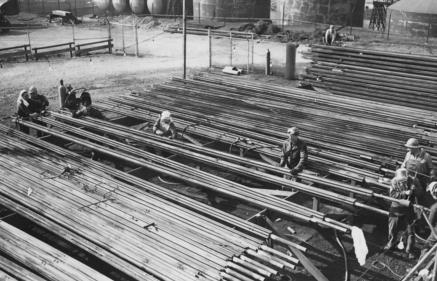 The Local, then called the Steam and Hot Water Fitters and Helpers Local 120, was officially organized by 52 members on October 15th, 1898.  Local 120 chartered with our international organization--now the United Association of Pipe Fitters, Steam Fitters, Sprinkler Fitters, HVAC Technicians, and Plumbers--January 14th, 1899.  By the end of its first year, Local 120 claimed a membership of 159, with J.J. Mason as its first secretary. Over the next 11 decades Local 120 would continue to grow, evolve, and to adapt to the changing industrial and commercial landscapes of Cleveland and Northeast Ohio.

As Cleveland boomed between the turn of the 20th century and the 1920’s, Pipe Fitters Local 120 grew in size and scope.  With the labor of the pipe fitters, major industrial factories, mills, and manufacturing centers were built and maintained.  Local 120, at more than 300 members by the 1920’s helped construct some of the icons of Cleveland’s downtown including the Terminal Tower, the Main Library, the Federal Courthouse, Public Auditorium and the theaters of Playhouse Square.  The roar of the 20’s gave way to public works projects and industries supporting the war effort as the United States climbed out of the Great Depression.  Post war, the U.S. and Cleveland saw unprecedented prosperity and growth.  120 Pipe Fitters kept busy building new power plants, and expanding already existing steel mills and automobile plants among many other projects.

In order to maintain our high quality of craftsmanship, Local 120 operates the Neil T. Walsh Training Center.  Through its apprenticeship and service trainee program, Local 120--in partnership with the mechanical contractors who are signatory with the Local-- equips the next generation of craftsmen and women with the skills necessary to perform our work at the highest standard of quality.  The Training Center offers countless opportunities for the members of Local 120 to increase and improve upon their skills through classes covering a wide array of topics, and through its welding program, which offers members certification in over 100 different welding applications. 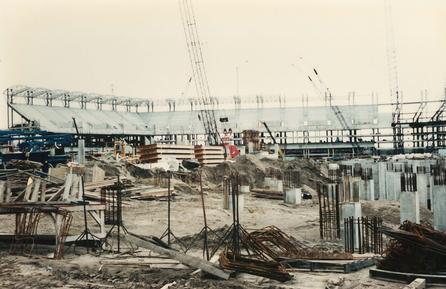